Fishy Cat Food and the Arrogant Radiologist: A Neurobiologic Parable.

Here is what I thought:

– Open a can of fishy cat food and there is a ‘pop’ when the can opens which sometimes propels a tiny drop of fishy smelling cat food into the air which sometimes lands on an item of ones clothing (or body).
– One feeds the cats and moves on to the day.
– However, throughout the day, the fishy smell lingers. Sometimes smells strong and one thinks “where is that fishy smell coming from?” Then disappears as mysteriously only to reappear later in the day the unpleasant odor making the day seem equally distasteful.

And so, the fishy odor of the radiologist came and went throughout the day.

Happy to say the fishy odor from the radiologist is gone this morning. He is free, however, to impart his fishy odor on his friends, family and whoever he wishes today!

Script from hospital to Nursing and Physicians posted on bulletin board:

Introduce self by name and title and end with:
We are going to take very good care of you.”
End with “I hope you feel better.”

Caring for patients:
Greet Patient by Name
End with do you understand what you are waiting for right now?
“Our goal is to keep you informed.”

That a hospital has to give a script to it’s Nurses and Physicians so they can appear to be attentive or nice to people who come for care at the most vulnerable possible moments in their lives is profoundly disconcerting and terribly sad.

Where has our humanity for our brothers and sisters gone?

I keep hearing Kumbaya being dissed and it pisses me off. Generally, the comment is “oh yeah, why don’t we all sit around in a circle and sing Kumbaya,” as if that were a nonproductive and stupid thing to do.

Well, the last time I remember sitting around in a circle singing Kumbaya, we ended a horrible, deadly, tragic and stupid war.

What are people singing and doing these days as the friggin’ earth is burning and we ravage, burn, invade and screw up one country after another as if we owned the world, and have liberal Presidents send drones in to murder civilians, eh?

Yes, I am in a cranky mood. Wanna sing Kumbaya w/me?

How many more environmental catastrophes will it be before we realize the water is boiling?

The Boiling Frog Story:
If you drop a frog in a pot of boiling water, it will of course frantically try to clamber out. But if you place it gently in a pot of tepid water and turn the heat on low, it will float there quite placidly. As the water gradually heats up, the frog will sink into a tranquil stupor, exactly like one of us in a hot bath, and before long, with a smile on its face, it will unresistingly allow itself to be boiled to death.

Worrying about the wrong things.

Only our children stay
after we are gone.

Other things
seem important.
Other things
are the wrong things
to care about
to worry about
to put our attention to
as if . . .

Just spoke
with an incredible mom and woman,
who lost her husband on 9/11.
She said on that day,
she realized in an instant
she had worried
about all the wrong things,
her whole life.

Shouldn’t be necessary to have a 9/11
to start enjoying and caring about the right things.

Nice to take a moment,
to breathe that all in. 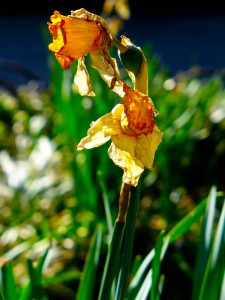 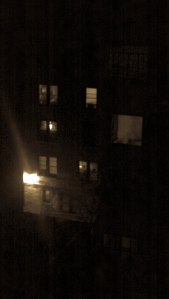 Far too many secrets.